Select the date you received service so we can correctly redirect you: 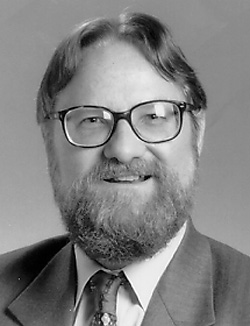 Dr. Robertson graduated from Vanderbilt University in 1969, with a B.A. in Germanic and Slavic Languages. He attended the Arnamagnaen Institute in Copenhagen, Denmark before receiving his medical degree from Vanderbilt University Medical School in 1973. He went on to complete an internship and residency in Medicine at Johns Hopkins Hospital. Robertson was a postdoctoral fellow in Clinical Pharmacology at Vanderbilt for two years before accepting a position as assistant chief of Service in Medicine and instructor in Medicine at Johns Hopkins in 1977.

Robertson currently serves on the Board of Advisors for the World Life Foundation, the NASA Microgravity Human Research Committee, the Merck Advisory Board, and the editorial boards of American Journal of Medicine, Autonomic Neuroscience and Clinical Autonomic Research. He is also associate editor for the Journal of Pharmacology and Experimental Therapeutics.

Our laboratory is interested in identifying the mechanisms of neural regulation of heart rate and blood pressure in normal individuals, as well as in patients with cardiovascular, psychiatric or neurological disorders. Using a bench-to-bedside approach that merges our clinical research and our basic research, we have successfully identified the previously unrecognized disorders of dopamine -hydroxylase deficiency, baroreflex failure, and norepinephrine transporter deficiency. New therapeutic advances have been a natural follow-up to these discoveries.

If you are having a medical emergency, call 911 or seek emergency medical help immediately.
We will contact you within one business day to review your appointment request.